The Best Show on Television that You Aren’t Watching Yet Due to its popularity here in the United States, and easy availability everywhere from PBS to Netflix, you may already be a big fan of The Great British Bake Off. But did you know that it had a spin-off series on BBC Two, and that spin-off is all about sewing?
The Great British Sewing Bee is a reality show that began airing in April of 2013. In the show, talented amateur sewers compete to be named “Britain’s best home sewer”. The competitors perform a series of clothes-making tasks against the clock, while, as in every competition show, the judges alternately encourage and terrify them.
The judges are experts in sewing: Savile Row tailor Patrick Grant is a London-based, award-winning owner and designer for the luxury menswear brands Norton & Sons and E. Tautz. He’s also a regular on popular lists of best-dressed men and an honorary Professor of business at Glasgow Caledonian University. May Martin is a renowned sewing instructor for the Women’s Institute who specializes in women’s garments and other techniques which aren’t found commonly on Saville Row.  She has been dubbed “the best sewing teacher in the world.”
What truly makes Sewing Bee different from other sewing and fashion reality shows like Project Runway, for example, is the lack of drama, the spirit of cooperation, and lack of back-stabbing competitiveness. In Patrick Grant’s own words: “The people are genuinely passionate about what they do – unlike other reality shows, they’re not wanting to become famous. They’re just nice people doing what they enjoy.” If you love to sew, and even love a good competition, but have found yourself put off by other reality competition programs, this may be the perfect fit for you.
The fact that we are not watching professionals that make everything perfectly the first time also encourages people to try sewing. It can give viewers so much confidence that if people on television can make mistakes, it’s okay to fail and try again at home too. The BBC production team also made a strong effort towards diversity inclusivity, in race, age, and gender, so it is a great feeling to know that everyone can be a contestant, just as long as they love sewing.
Full episodes of The Great British Sewing Bee for United States viewers can be found on YouTube, as well as on DailyMotion.
Recent Posts
Copyright All Rights Reserved © 2023 | Design by Baggies47
Contact Us 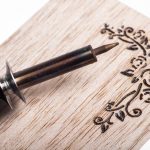 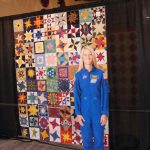